2017 which took place on 6 December at SSE Swalec Stadium, Cardiff. The conference included a presentation on the community learning work being carried out by Monkton Primary School in partnership with UWTSD and an address from the Minister for Welsh Language and Lifelong Learning, Eluned Morgan. Universities Wales also contributed to a panel discussion on the future of skills and employability in Wales including the importance of higher level skills. 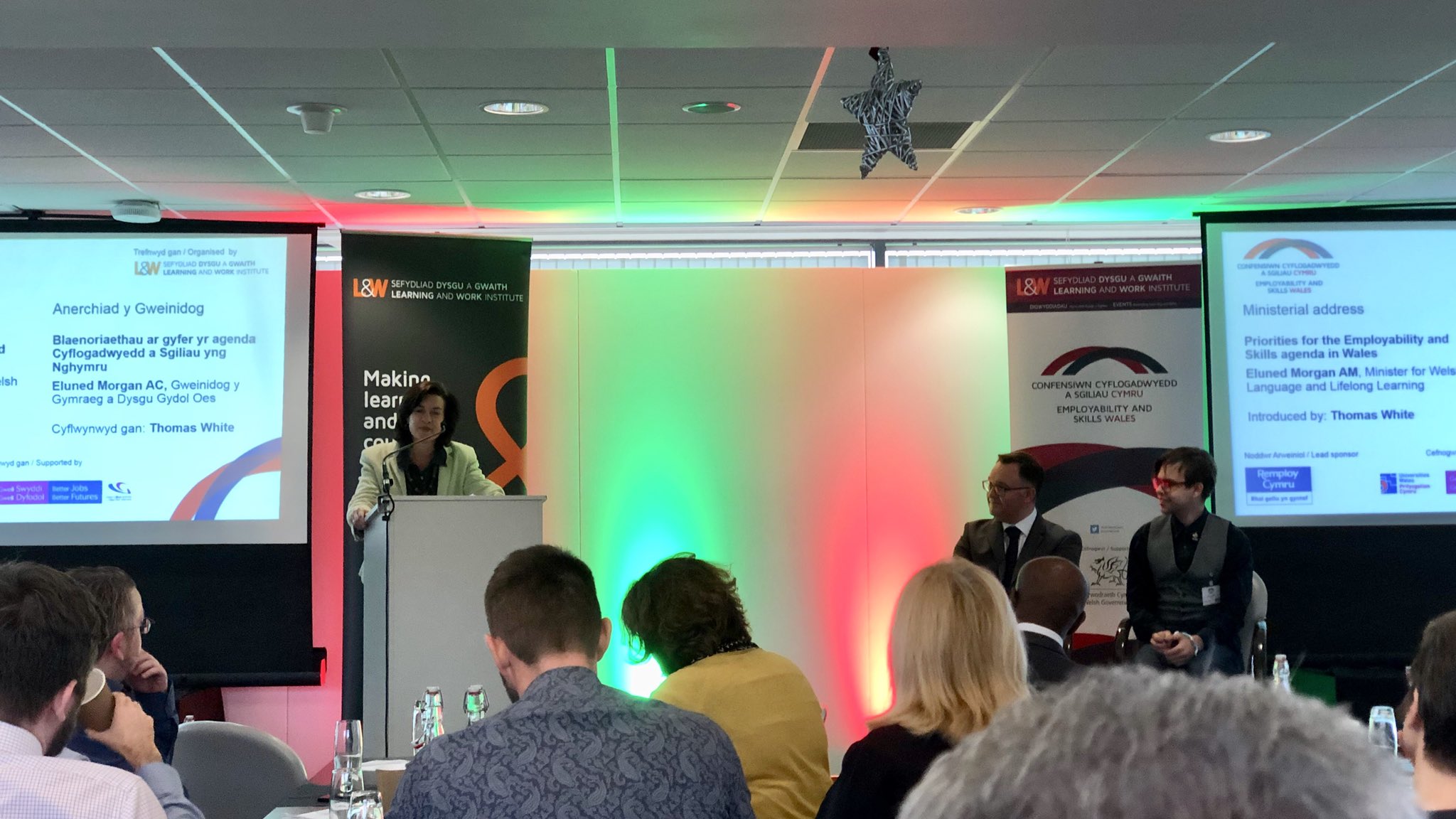 This week the Cabinet Secretary gave an oral statement in plenary where she announced the PCET reforms will move to a technical consultation in the new year, following the completion and publishing of the initial consultation phase responses.
The full statement is available here, and the responses can be found here

ir vision for the future of post-16 education in Wales.

Universities Wales  @Unis_Wales
📢Together we want to inspire more people to make lifelong learning part of their lives. 👥Join our campaign and be… https://t.co/VarxKhpCGn
4h reply retweet favorite 5 hours ago