First Minister Carwyn Jones has announced a reshuffle of his cabinet team. Relevant developments in connection with higher education include:

A full breakdown of ministerial appointments can be found here 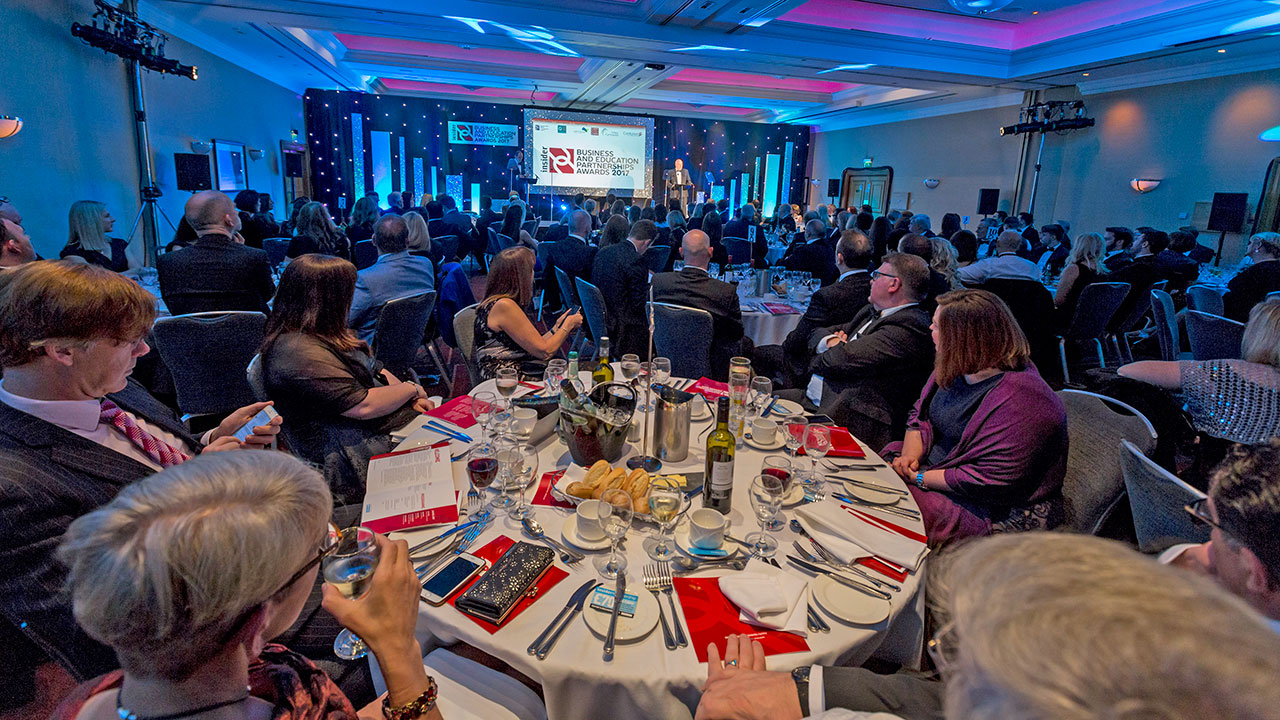 Cardiff University and Glyndŵr University were among the top winners at last night’s Education and business partnership awards. The annual event, which celebrates the collaborative work between companies, universities and colleges across Wales, recognised the pioneering work of universities in driving economic growth and innovation. Glyndŵr University picked up the award for best new product, and the research and innovation award; recognising the role of collaborative working between the institution and industry in furthering ground breaking telescope technology.  Cardiff Met were recognised for their role in driving investment and economic growth through their business partnership, and University of South Wales won the people development award for their partnership with GOS Tool & Engineering Services and its work developing apprenticeship opportunities.
Cardiff University were awarded the new process award, for their partnership with the Chief Fire Officers’ Association and London Fire Brigade which led to new innovative technology being developed to improve services and save lives. Also from Cardiff, academic Peter Smowton won the individual impact award for his research and work with other universities and businesses, and for running a Knowledge Transfer Partnership with industry leader IQE. Cardiff went on to win University of the year, with judges praising their work developing the new innovation campus for industry partnerships. During their acceptance, the university recognised the importance of their innovation not only for furthering research and development, but for being rooted in their civic mission, and making a difference to the community as well as the campus. Coleg y Cymoedd were the winners of the College of the year award, which recognised their work driving growth and business engagement.

Universities Wales were the headline sponsor for the awards, and we thank our guests who joined us on our table for the evening, and extend our congratulations to all the winners. 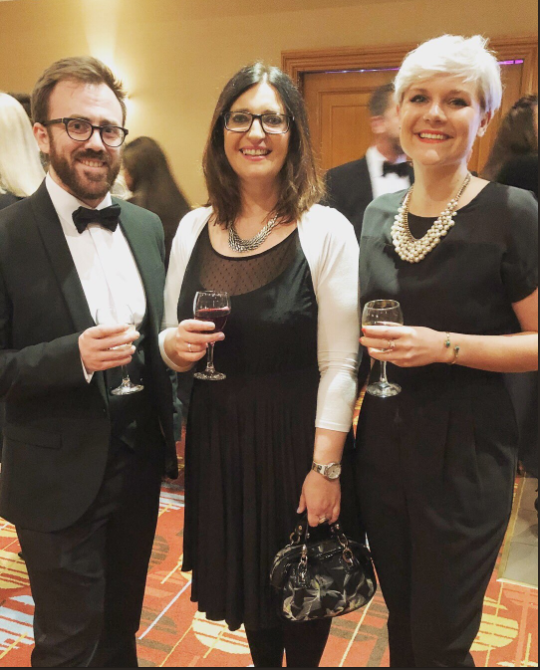 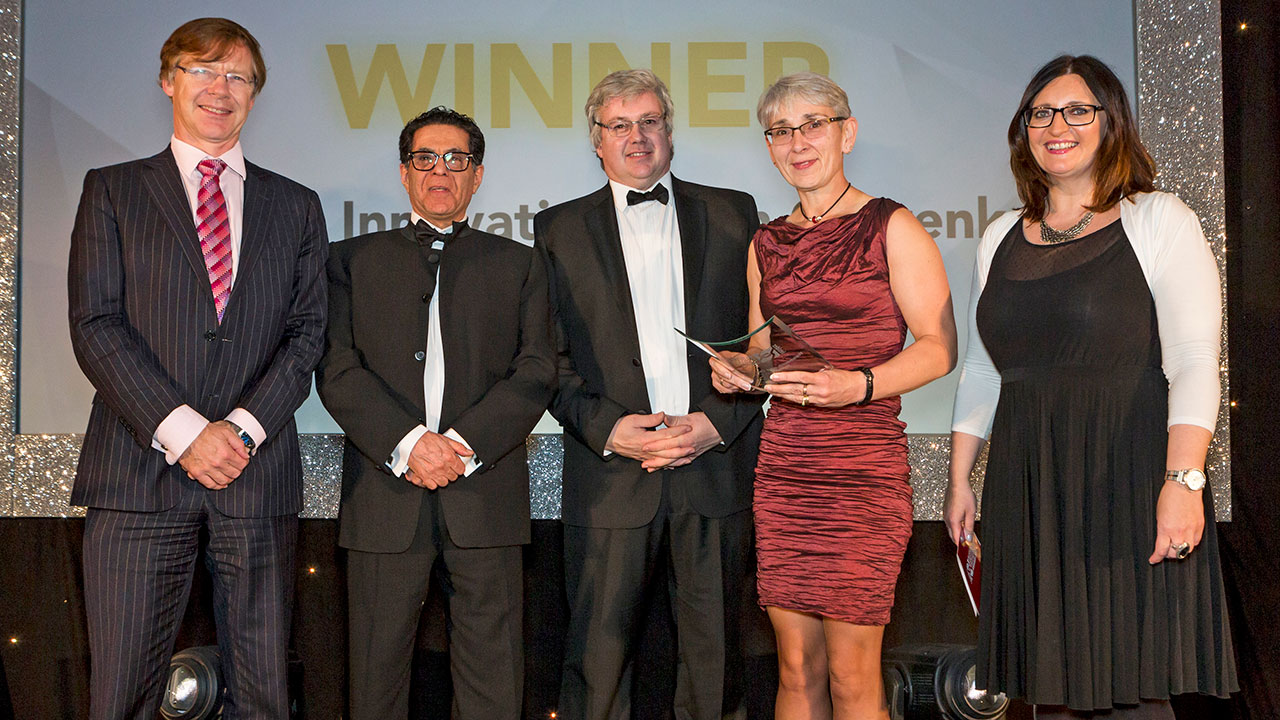 The three-year campaign aims to increase the number of UK-domiciled undergraduate students who study, work or volunteer overseas for two or more weeks during their studies. Currently, just 6.6% of UK students complete placements abroad, despite strong evidence that mobility can increase students’ academic achievements and job prospects. For more information see our campaign report here.

Kirsty Williams, AM, Cabinet Secretary for Education, Welsh Government endorses the campaign saying:
“Wales benefits hugely from international links, at the student, university and national levels. We are committed to working with our universities and businesses to support students, from all backgrounds, to gain international experience as part of their studies. Quite simply, the experience of travelling and studying abroad broadens minds and improve students’ life chances.” 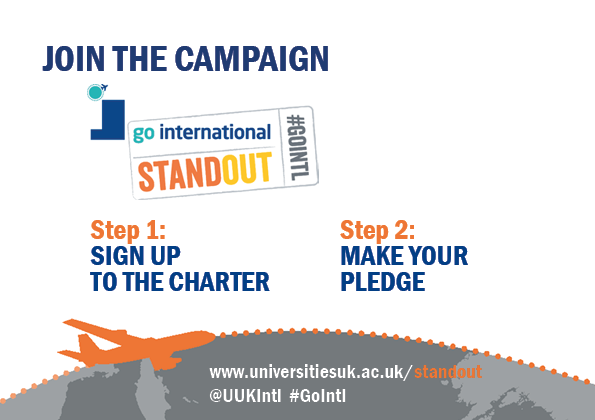 Erasmus+ is the European Union programme that has given over nine million people, 600,000 of them from the UK, the chance to study, work, train and volunteer abroad.

As part of International Education Week, this event on 13 November 2017 at the Senedd – National Assembly for Wales will showcase the impact the Erasmus+ programme has had on the youth, education and training landscape in Wales.

Sponsored by Alun Davies AM Minister for Lifelong Learning and Welsh Language.

Applications for the British Council’s Study UK Alumni Awards have now closed, with 1,700 outstanding alumni stories received from 125 countries. We are pleased to report that this includes applications from almost 100 alumni who studied with Welsh universities. Finalists for national level awards will be announced in December 2017 (except for China – October 2017), and the winners will be announced at an event in each country between December 2017 and February 2018. www.britishcouncil.org/education-uk-awards

Recruitment: Senior Researcher post HE/FE/Skills
The National Assembly Research Service is recruiting a Senior Research Officer with responsibility for Higher Education, Further Education and Skills. Further details can be found on our website here. Closing date 13 November 10.00am.
Unis Wales responds to the External Affairs and Additional Legislation Committee consultation on the implications for Wales of Britain exiting the European Union.
You can read our full consultation response here

Universities Wales  @Unis_Wales
The REF, which assesses research in HE institutions, is conducted jointly by all 4 UK HE funding bodies. HEFCW's Be… https://t.co/ponfumnAv0
23h reply retweet favorite 23 hours ago

Universities Wales  @Unis_Wales
Attended a Welsh university and are currently in or around Washington DC area? Then we’d like to invite you to our… https://t.co/ISD8HAMLwS
Dec 07 reply retweet favorite 1 day ago